For many years, K.I. SAMEN has had a soft spot for Lineback bulls with their unique markings. We aim to offer a new bull with these wonderful coat patterns every year. You have to admit it: doesn't every farmer want such a unique animal in their herd? And if they don't, the children certainly will! 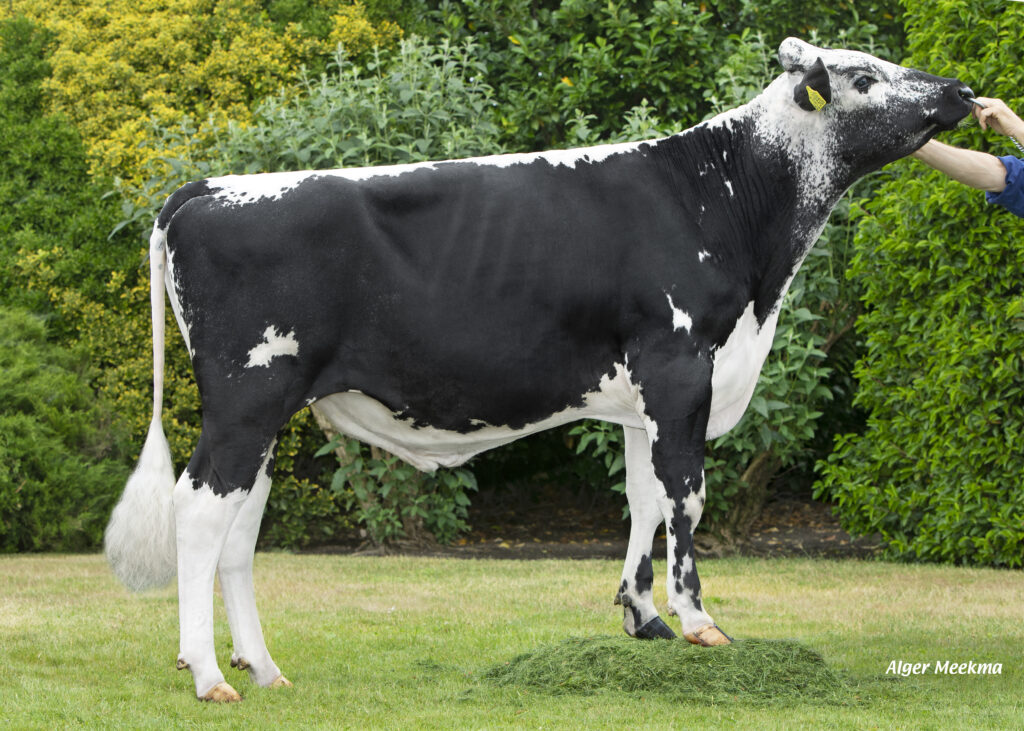 The patterns occur as a white stripe along the back and belly and they can have speckled or solid sides. In English speaking countries, this colouration is referred to as ‘lineback’. Cows with Witrik patterns could be found many centuries ago with reference being made to cattle with these distinctive markings as far back as the 14th century. Despite its long history it is not a separate breed, as these markings occur in various beef and dairy breeds. When the herdbook was established in 1874 the Lineback was not recognised as a pure pedigree breed either. The Lineback bulls at K.I. SAMEN are therefore registered in their own breed category. Most of the bulls are Holsteins. The Americans may claim to have developed the breed, but we know better and can state that the source of the first linebacked cattle was the Netherlands.

Are the unique patterns guaranteed?

The markings of Lineback bulls are not homozygous dominant. So if you inseminate a Holstein cow with a Lineback Holstein bull, you have a 50% chance of a calf with Witrik markings. As soon as you inseminate a female animal with Witrik markings with a black-and-white or red-and-white Holstein there is a chance of another calf with the markings. But the markings may also disappear. If the calf from the next generation has an ordinary black-and-white or red-and-white coat, you have to start again. The gene that determines the markings is not retained in the pedigree so you have to re-introduce the gene with your next choice of bull.

Our portfolio offers some interesting Lineback bulls. The majority of the bulls are Holsteins and MRIJ, but we also have an interesting Dutch Improved Red Beef bull for beef farmers.